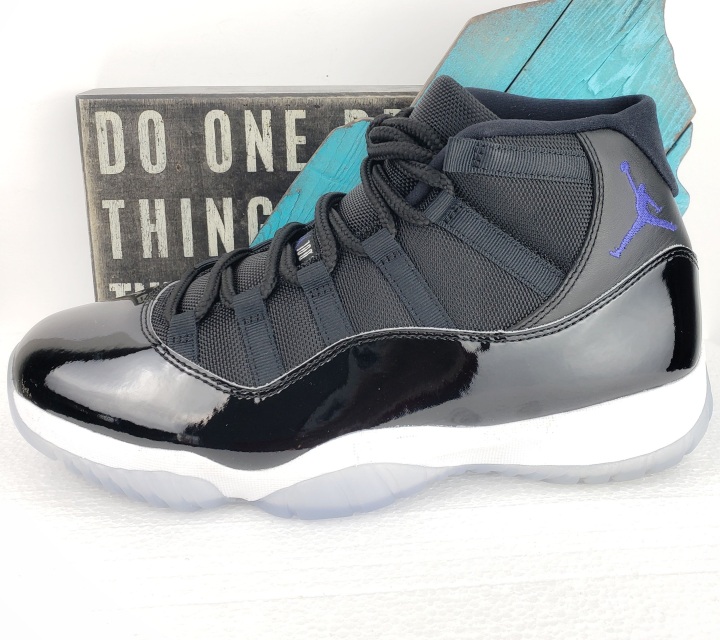 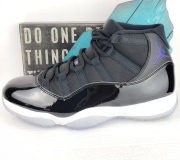 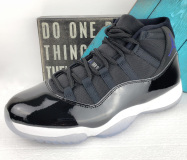 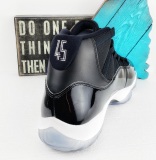 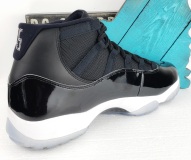 Paying homage to the 20th Anniversary of Space Jam with a re-release of the classic Air Jordan 11 originally premiered by Michael Jordan 1st in the movie then later in court play. These particular pair though have been made-over reflecting similarly what MJ originally wore during the 1995 NBA Playoffs with its traditional all-Black mesh and a higher-cut patent leather upper. This rendition includes a Concord Jumpman, stitched ’45’ on the back heel (not ’23), Nike Air insoles, White midsole and a translucent outsole, along with the Jumpman/Jordan inscribed on the tongue tab. They also come with custom Looney Tunes Packaging and Bugs Bunny themed box to include a special graphic of both Bugs Bunny’s and The Monsters’ arms wrapping around each-other to create the number ’23.’ Finishing off the packaging design is a dot pattern ‘XI’ on the plastic cover.